Cities are defined by their concentration of homes 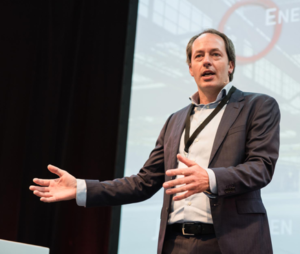 Jasper has been one of the key people in setting up Energiesprong from the very beginning and has been the Director of the program since 2012. Energiesprong has been recognised as one of the best energy transition approaches for the build environment in Europe and is seen as one of the best practices worldwide. Jasper has been overseeing all the activities of the Energiesprong team in the Dutch market, which include programs on social housing, private houses, office buildings, care centres and schools. As of 2013, he also oversaw the international expansion of the Energiesprong approach into France, UK, Germany and New York State. This resulted in the first net zero retrofit projects in France and the UK and the deployment of market development teams in all these countries to scale the market in social housing. He played a key role in setting up Stroomversnelling and has been leading this initiative in 2015 and 2016.

Currently he is one of the directors of Factory Zero www.factoryzero.nl, a start-up he set up and got funded in 2016 to provide net zero retrofits in a truly industrial manner. He continues his efforts to scale net zero retrofits into a truly international market. Jasper just set up www.energiesprong.eu to further the international expansion in Europe and North America and acts as its director.
Jasper holds an engineering degree (MSc) in physics and a master degree in Sociology (MA). He has held senior management positions in the energy and telecom sector.

According to him, cities are defined by their concentration of homes, resulting in large concentrations of fossil energy use.
The question is: what blend of city scale solutions and home base solutions will be needed to decarbonise a city?

Cities as central concentration points – Key for the decarbonisation...
Scroll to top