Cities as indispensable players in the transition towards a decarbonised economy 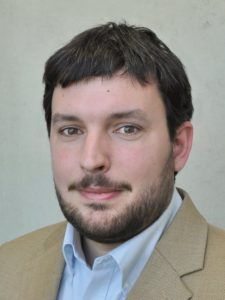 By Lukáš Ferkl, Director of the University Centre for Energy Efficient, Czech Technical University in Prague

Lukáš Ferkl graduated from the Faculty of Electrical Engineering, Czech Technical University in Prague, in the field of Control Engineering and Robotics. In 2006, he founded the spin-off company Feramat Cybernetics, which is focused on research in applied mathematics, specifically in the field of modeling and optimisation. Since 2013, he has been the director of the University Centre for Energy Efficient Buildings, Czech Technical University in Prague and he actively cooperates with a number of foreign institutions and businesses, particularly in the field of automation and modeling, with a special focus on energy savings in buildings through advanced control algorithms.

He believes that cities consume a significant part of world’s energy, but at the same time, high density of people, buildings and energy consumers in general, make it difficult to use local decarbonised energy sources – in principle, a city is an energy importer. Along with very specific transportation demands, this phenomenon makes the task of decarbonising cities very challenging and important.

Urbanisation as an energy challenge