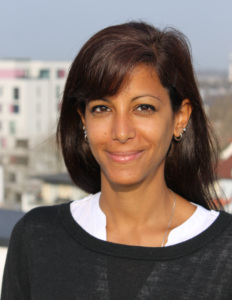 Noha Saad Hussein studied Architectural Engineering and Environmental design in her Bachelor, followed by a master degree in renewable Energies and Energy Efficiency at Kassel University. The Master Thesis was done at the Fraunhofer Institute for Solar Energy Systems ISE, on the topic local manufacturing potential of CSP and Wind technologies in Egypt. Since then, she works at the Fraunhofer ISE as a researcher in the Energy System Analysis group. The main focus of her studies is in the heating and cooling sector of different sectors with focus on the building sector. Currently, the main fields of work are analysing the effects of renewable energy integration and energy efficiency measures in the building sector on the decentralised energy system and the economic impact of certain measures. Her dissertation is titled “Effects of building refurbishment on a districts energy system – Optimisation of the deployment and operation of heat, power and sector coupling technologies”. In the past, she also worked a lot on renewable energy integration potential in developing countries and mainly in the MENA Region while assessing local value creation potential, in addition to researching alternative energy solutions for different sectors.

According to Hussein, more than half of the world’s population lives in cities, which makes these urban areas one of the main energy consumers in the world. Cities require an uninterrupted supply of energy. They consume about 75 per cent of global primary energy and emit between 50 and 60 per cent of the world’s total greenhouse gases. Hence, to stand a chance in reducing the global green house gases, decarbonising cities must be one of the first stepping stones to a successful climate change mitigation.

Decarbonisation success connects with the collective and individual needs of...

The future of the energy supply will be decided by the investments in energy...
Scroll to top