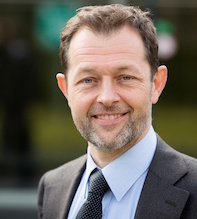 by Guy Vekemans, Strategy Coordinator for Sustainable Energy & Smart Cities for the Energy Division of VITO and for EnergyVille

Guy Vekemans, is active since 1991 at VITO (the Flemish Institute for Technological Research), first as co-ordinator of EU projects on energy in the building sector, later in the management of the unit Energy Technology. Recently he became Strategy Coordinator Sustainable energy & Smart Cities for the Energy Division of VITO and for EnergyVille – a collaboration between the University of Leuven, VITO and IMEC. In this context, he is involved in setting up large scale living lab projects on smart grids/cities and coordinating strategic co-operation in this field on European and international level. Both as an expert of the European smart cities stakeholder platform as well as a strategy officer for the KIC InnoEnergy, he contributes to the development of sustainable energy roadmaps. He represents the Belgian Energy Research Alliance in the steering committee of the EERA joint programme on smart cities. Finally, Guy is active in the operational management of several platforms with the industry and other stakeholders: Flemish smart grid platform, Flemish Energy Cluster.

During the Forum, he will concentrate on “Examples of new tools for decision support on retrofitting and renewal in urban districts”. He states that “Decarbonisation of cities will only succeed if it is coupled to the collective and individual needs of its inhabitants.”